Posted on November 9, 2012 by Armand Inezian

Our fearless authors arrived in Providence, Rhode Island before the crack of dawn!

Then on to downtown and the convention center… 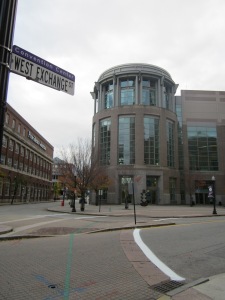 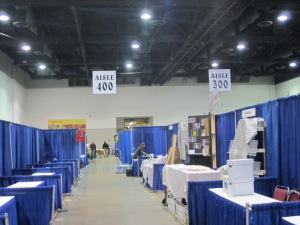 The vendor room before the wares are set up.

Don and his son drove all the way from Vermont!

Not to be outdone, Armand Inezian was peddling his own vampire thriller, VampCon!

Armand is wearing his favorite t-shirt which features an old book cover to Bradbury’s Fahrenheit 451. 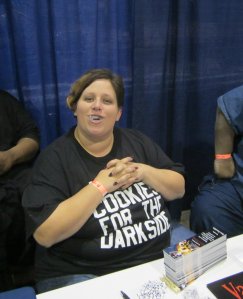 Publicist Kristina Gehring and her husband drove all the way from Ohio (around 12 hours) just to be there! Here she is sporting some vampire fangs that Armand was giving away.

A lucky winner of the vampire-fangs giveaway!

As expected, there were Star Wars thingies! 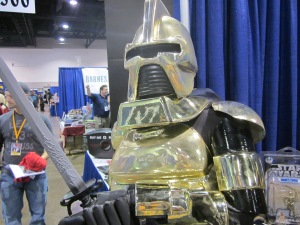 All had a great time, except possibly the tortoise!

Armand Inezian is a grant administrator by day, and a writer by night! VampCon- a dark, fantasy thriller- is his first novel. He resides in Boston with his wife, two children, three cats, and one house that needs a lot of work.
View all posts by Armand Inezian →
This entry was posted in Uncategorized and tagged armand inezian, Bunny, Comic Con, don franklin, Fahrenheit 451 t-shirt, jonathan banchick, Kristina Gehring, plastic vampire fangs, Providence, Reaper's Walk, rhode island, RICC, Tortoise, VampCon. Bookmark the permalink.