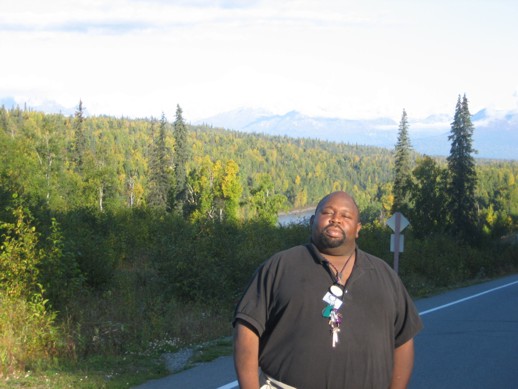 Don Franklin is a New England-based horror writer. Don’s first novel Reaper’s Walk: Hellstone is the first of a five-part series, and is out now (see the Reaper’s Walk webpage for details). Don is a member of the New England Horror Writers.

Chat with Don via his blog http://donfranklin.wordpress.com/ or tweet him @bigdonf

Great news for Don fans. First up, Don will be releasing an audiobook edition of Reaper’s Walk: Hellstone. And the news you’ve been waiting for… he’s working hard on the second book in the series, Reaper’s Walk: Bloodstone.

Here’s Don in his own words:

Here is a little about me. I was born in 1965 in a small town in South Carolina. I have 3 children ages 3, 4, and 21. I live in Stowe VT and moved here in 2006. My trade is professional driver, driving a mountain shuttle bus for skiers during the season. Off-season I spend as much time as I can with my children and writing.

I am 46 yrs. old and I’ve never written anything before. I got an idea in 2006 while looking at a stretch of land that was unused. I thought, what if a piece of land that is today in a metro city was cursed hundreds of years ago. That curse got the seed planted. I love all things creepy and scary: vampires, werewolves, ghosts, demons and anything else that go bump in the night. That love created The Reaper’s Walk.

The basic storyline is a deal made with the devil. It is broken and a curse is placed on the offending family along with the land that they lived on. Ten generations later one member of this family has to make good the terms of the bargain. The devil is sending the reaper to collect her soul. She searches for a way to save herself and attract the attention of beasties along the way.

I finished the story in 2010 and struggled with the nuts and bolts of writing. Grammar, structure and that sort of thing are not my strongest traits so I joined several writers’ sites to try to get some feedback and advice. I was told one of my weak points was switching tense and passive voice. I didn’t have the money for an editor and the story was not ready to submit to anyone without one, so it sat idle until this past Feb.

I decided to take a chance and submit anyway just in case someone liked the story enough to offer editing. First I tried for an agent. That was a bust. So next, I decided to just try an e-publisher. I submitted to 2 places and got a flat out no.

The third was Greyhart Press. Tim Taylor (publisher) told me to send him a partial manuscript. Then he asked for the full manuscript. Five weeks later, he said that in its current form, he could not take the story on. However, if I did a re-structure then he would look at it again. I took his suggestions and resubmitted the story.

He loved it and offered me a contract. He said that the skills of writing could be learned, and that all else failing, a good editor could work wonders. But if the story itself was not good enough then it wouldn’t catch on regardless as to how great the writing was.

So in essence, I got published on my third query! I know that is not how it goes in the book world. I feel that I got lucky.

Growing up I have always been afraid and fascinated by the Grim Reaper. When I decided to start writing, people said to write about what you know about. Sci fi and horror stories and movies have always been tops in my book so it is only natural that I chose that as my genre. Stephen King is my favorite author. I have always been impressed with his ability to make the readers feel as if they were a part of the story. I want to write like that. Hopefully people will enjoy my work as much as I enjoy creating it, and will continue to do so for many years to come.