Percy and Me ‘neath the Yum Gum Tree (read it now)

Percy and Me ‘neath the Yum Gum Tree

A fortnight past I ran into the wilderness

as far as I could flee from gnashing mob

whose litany of plaints that once bewildered

me, I could no longer bear within my hearing.

Too long it was since I had spun delirious

from strains of pure and vital song;

my spirit and my body ached for veritas.

No realist of woe am I. The razored wire

of Now when rubbed against the grain

will bleed and bleed us, but for what? Ease

I sought, no more the microscopic lens

but zoom—with room. Something bit my arm.

Ow! I spun, prepared to launch an arm

of oaths against the loper in my wilderness

and spied small movements in the grain

of foxtails and wild barley. Adjust your lens,

said one and then a titter. Who was I hearing?

What know ye, spoke he again, of veritas,

of expectations. Oops, beware the wire—

Too late, my ankle caught and I, bewildered,

spun upside down to hang and swing with ease

of room to spare, a snare, beneath a tree. My song,

I flailed and spat. A face zoomed in. Delirious?

I think not, he said and firmly gripped my arm.

To be hanging ‘neath a yum gum merits song

would yet sooner bring the soul of Veritas

you seek to this enstrangled wilderness.

I seek no soul, insisted I. Escaping gummy mob,

said he, we heard. We? I asked, bewildered.

he looked around whilst from the waving grain

peeped out the teeny forms of—what? I had no lens

of perceptivity, much less while snared upon this wire…

He ran a thoughtful finger up the length of silver wire.

I’ve no cutting tool, alas, but fret ye not. Delirious

to’ve caught you, the doxies have alerted Veritas,

and if she heeds, your cursed plight may birth a song

the likes of which no mortal or immortal hearing

has enjoyed since William the Conqueror lay arm

and knightly shield to rest. And so be thus at ease.

My squirming made the yum gum creak. You, this mob?

Hundreds of humunculi surrounded me, bewildered

as I was of them; I reasoned that my upturned lens

its finitude, elongated past my normal mental grain.

Who was this handsome man, in whom some grain

of known, beloved, made bearable the wire?

Did I teach you once, I asked, some lyric song

to write or novel? Upon a stump with ease

he sat and mused, amidst the twittering of wilderness.

Mayhap, for oft, in many ways, we’ve faced the mob

and struggled to restore and lift the veritas

to zones of ordinary, mortal hearing.

Shelley is my name, though call me Perce. Bewildered,

I glanced upon the tiny teeth marks on my arm

and wondered if doxy spit by some delirious

A solar microscope, I prized, said he, of lens

superb, that brought to vivid life the grain

they sold it at my death, a watery ease

that descended quick upon my hearing;

thence I understood at once and loved the mob.

lulled me into sleep so that the fitful wilderness

seemed not so wild, although my bitten arm

and leg both throbbed. Woman hanging on a wire,

not tamed by this event and though bewildered

would be freed from gross distorting lens

that blurs the space twixt me and veritas

to walk upon an odd but fabulous high wire.

I wakened to a gentle touch upon my arm

Soon the dawn will rise upon this wilderness,

will stir to feed and put you at your ease.

My blood-rushed head, no doubt delirious,

and then appeared a bowl of oaten grain

is belief, said he, while feeding me. Hearing

is the sense that tranquils the bewildered.

While upside down with care I swallowed grain

light-sweetened, from a distance came a song

with notes of soaring and uncomplicated ease;

then from slanting rays of twilit wilderness

in company of piping doxies there came Veritas.

With what manner of expression shall I arm

my sight of her? No sad and mortal lens

can take her in, no ethernet nor astral wire

inside my head rejoiced; the teensy mob

without, more stately, gave her hearing.

Sweet morning to the Light of Truth, delirious

the doxies danced the night-chilled wilderness

to life renewed while I, yet timid and bewildered,

snared and sore upon my hanging wire

wept rivulets of tears into my hair. Ms. Veritas,

I did not mean to su-su-summon you. Take ease,

she smiled. Your search, it is the cause and grain

of me, you are the truth and glimmer of my lens.

that I may cut her from this yum gum tree. A song,

she said, has waited long for you, a noble song

to soften and refresh what gutter-wailing mob

and efforts have exhausted. Every grain

of pain I recreate to gain, no more bewildered.

Dazed, within the gentle lap of Shelley, the wire

coiled harmless at my feet, I watched the wilderness

take on a glow, made so, no doubt, by graceful Veritas,

embodier of Truth, my agitations so long delirious

now calm, I breathed sweet sprucéd Nature at her ease.

And now, said she, I shall restore your sight and hearing.

Doxies, fan with foxtails, please, across her smoky lens

of disappointment. That bite you feel upon your arm

is vaccinate, ‘twill work as strong defense to arm

you ‘gainst the suppurating, suffocating song

of limitation, that unnatural and deafening miswire

that electrocutes and gums the mortal hearing.

Cooling in the wee folks’ breeze, I asked, bewildered,

who are these doxies? Truth replied: once delirious,

they are your true awarenesses, your inner grain

so long deprived of language, now coming to your ease;

welcomed and restored, they are the joyful mob

delighting in each moment of eternal wilderness

and wonder; they are your innate clarity of lens,

expanding space and time and act, the veritas.

We were, when I could stand, equal in height, Veritas

and me. Percy stood the taller and did not let go my arm,

while the doxies taught me lyrics to a revolution song.

A few awarenesses still gazed at me bewildered,

and my brain could not yet fathom this new grain;

caused a heart skip and a soul laugh so delirious

on the strength of joy alone, and all that I was hearing

in the chorus of the subatomic, ever-swirling mob

assured me with supernal, ever-multiplying ease

that we are true Nature’s children of the wilderness.

Walking arm in arm with Shelley brings such ease.

of human veritas; and while at times my sense of hearing

may fall short, bewildered by not knowing, his poetic song

still rises, and the mob who plays unfettered in the wilderness

sets brush fires with his lens for fun. We are all delirious! 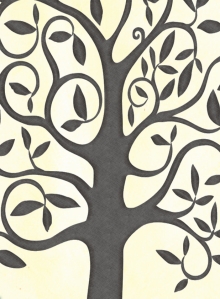 I hope you enjoyed Elaine’s poem. If you did, you might want to try her poem about the end of the Mayan calendar coming on 2012, entitled: The Mexican Saga: a poetic journey through the 20-count. Click here for more information.