See it on Goodreads here. 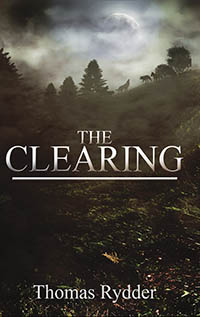 After twenty years in the Marine Corps, Major Frank Cutlip comes home to the quiet hills of his beloved Pennsylvania to take up a new life as the sheriff of Allegheny County.

Professor Beth Lowe took up a post at Paxton University because she became enamored with western Pennsylvania’s charms, a more enduring love than she thought she would ever feel for a man.

When Beth’s dog is savaged by wolves, their peaceful lives are shattered, and their fates entwined. On the brink of death, the dog not only survives but grows larger… and more vicious. A thousand-year cycle of carnage is reaching its climax once more, and the peaceful wooded hills will soon be smeared with blood.

Sheriff Cutlip leads his community in a hunt for the hidden terror, but then his own brother is bitten, his blood corrupted by the ancient evil. The sheriff must confront terrible choices, and he can’t do so alone

The Clearing — a novel of ordinary people thrown together in extraordinary circumstances.

Author, Thomas Rydder, has decided to donate 25% of his royalties from this book to the Feline Freedom Coalition, a charity operating in the Charleston area. See this post for his explanation of why he’s doing this.

“Fans of Dean Koontz and Stephen King rejoice! With ‘The Clearing’, Thomas Rydder has crafted a fantastic and gripping thriller and introduced a promising new hero in Sheriff Frank Cutlip. This book will keep you reading late into the night.”— author, Armand Inezian.

At the back of The Clearing, are some ‘teasers’ for the forthcoming mini-collection of dark tales from Thomas Rydder: Restless Souls: 3 Dark Fables. The book will be published shortly and one of the stories will be posted on this website. Further details are on the Restless Souls page here. 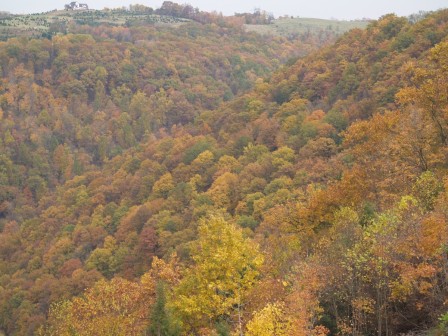 Western Pennsylvania will soon learn of the ancient evil that waits in the woods. http://www.flickr.com/photos/lostinfog/ under the Creative Commons Attribution license. Some rights reserved. 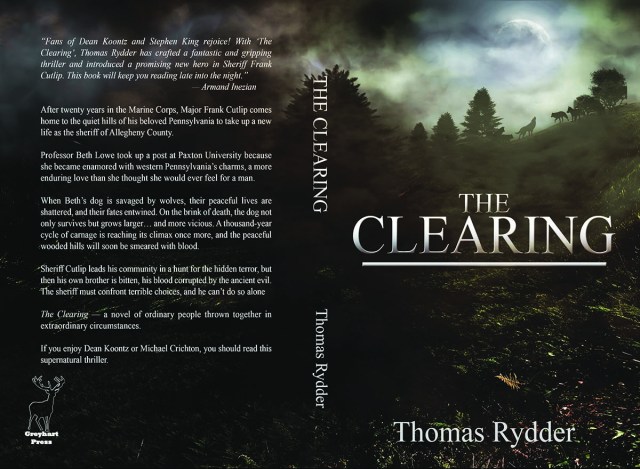 News for ‘The Clearing’

Mar 4th — Thomas Rydder interviewed at The Sire; explains the allure of the werewolf

Mar 1st 2013 — Thomas Rydder interviewed at The Cult of Me

Mar 1st 2013 — The Clearing is published today! Initially in paperback and Kindle editions from Amazon, and as an ePUB edition from Smashwords. Nook, Sony, and iBooks editions to follow in approx 1-2 weeks. See the press release for the launch.

Feb 28 2013 — Pre-launch extracts and comments posted on the Greyhart website: Extract#1, Extract#2: why Rydder writes like Dean Koontz and Stephen King, Extract#3: Dogs, wolves & others in The Clearing,  Extract#4: Brothers-in-Arms

Feb 19 2013 — Why author Thomas Rydder is donating 25% of his royalties to the Feline Freedom Coalition.

8 Responses to The Clearing (novel)