The Mexican Saga: a poetic journey through the 20-count

“Stirling has created an inspiring epic in less than fifty pages.” — The Alternative 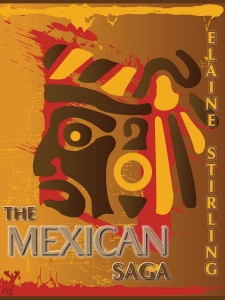 On December 21st 2012, the Mayan ‘Long Count’ calendar cycle will come to an end. A new cycle of time will replace what has gone before.

To some, this means doomsday; to others a new beginning.

To the Nagual, the Toltec energy masters who exist in deep time, the great cycles of time are the very warp and weft of their existence.

Read this poetic narrative and feel the experiential, non-narcotic rush of a four-year-old initiate who grows to become a full-fledged Nagual. In length and heft, The Mexican Saga is written in verse, but reads like a short story, filled with wit, humor, and a sense of the wonder of beings that perceive realms of existence only dimly visible to us.

Readers of Carlos Castaneda will recognize the themes immediately. Those who haven’t will still enjoy the experiential, non-narcotic rush of a four-year-old initiate who grows to become a full-fledged Nagual (Toltec energy master).

This is the second story we have published that is  presented as poetry (the first was The Legends of Light by Gill Shut). Readers of Carlos Castaneda will recognize the themes of this second saga immediately.

“This compact tale of jungle magic is shown to us with precision that only a poet can make come alive.  Its theriomorphic transmutations plunge the reader into an underworld of adventure where the boon of understanding is as eagerly sought by the reader as by the narrator of the quest.  And neither is disappointed.  This tale delivers—with a roar!  Familiarity with the works of Castanada, while increasing the enjoyment, is not essential to its appreciation.  The first deft scratchings of this new born poet will leave scars of pleasure on the reader and the literary world.”

The Mexican Saga was written by Canadian author, Elaine Stirling, who has been a published author since 1985 with ten novels to her credit (Harlequin romances). Elaine’s short fiction has appeared in Alfred Hitchcock Mystery Magazineand Fantasy and Science Fiction. In 2009, her first book-length nonfiction was released, entitled The Corporate Storyteller: A Writing Manual & Style Guide for the Brave New Business Leader.

18 March: Reviewed at “The Alternative”

11 Responses to The Mexican Saga: a poetic journey through the 20-count