Gill Shutt was born in the same year as CND, the year that Ronnie Kray was first diagnosed as insane and the year that the designer of Lego died. She has spent a lot of her life being described in relation to someone else… a married woman with three children who answers to Mum more often than not. She was born in London and, even though she left when she was 11 she still thinks of herself as a Londoner. Since then she has lived in Dorset, Devon and Avon, she now lives in South Wales with a mountain outside her window.

She can’t remember a time when she didn’t write but it wasn’t until she became a stay-at-home mum that she started to write seriously. It was a good excuse to avoid doing the housework which is one of her pet hates along with the colour pink and spiders. She managed to get a few poems published in a poetry magazine which fuelled her enthusiasm. She writes by hand in purple ink which is one step away from writing in green crayon on the back of a cereal packet.

Her ambition, apart from publishing books, is to grow old ungracefully surrounded by cats, dogs or rats. At the moment she has some of each and can’t make her mind up which way to go. She hopes that one day someone will turn round and say ‘I liked your book’. 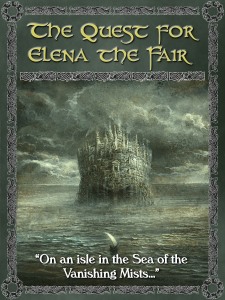 20 Aug 13 — Tragically, Gill yesterday suddenly. I have written a few words about my friend here.

26 Apr 12 — Legends of Light due soon in paperback. The illustrations look superb in the digital proofs. A free story from a forthcoming  YA science fiction collection will be available soon from