I heard some tragic news yesterday and it is my sad task to pass this on to you now. Gill Shutt died suddenly on Monday, 19th August.

To many of you who follow Greyhart Press and our offshoot, The Repository of Imagination, Gill was one of our authors. In fact, she was much more than that. To me she was a driving force of imagination, a sounding board, editor, ally, and a friend. Several of our published books were initially read and commented on by Gill. Publishing, though, is sometimes like an iceberg: there is a lot of work that goes on under the water that readers never see. Gill was always ready to help out with these unglamorous tasks and read many manuscripts that we decided not to publish, which is a vital task for any publisher.

My first contact with Gill was when she submitted some poetry. We were closed to submissions but Gill sent her poetry anyway. We didn’t publish poetry, but that didn’t put Gill off. I read her manuscript, fully intending to reject it, but I wanted to skim the first few pages so I could at least give some constructive and encouraging feedback along with my rejection. Of course, I kept on reading, right to the end. I eventually published her manuscript under the title, The Legends of Light.

The book Gill was most eager to get published was her collection of short fantasy and science fiction stories she called Alien Legends. One of the stories mentioned an alien organisation called the Repository of Imagination. I loved that concept. I wanted that to be the glue that bound her collection, and I wanted to make the Repository real. I remember a slightly nervous phone call where I tried to persuade her to rework every story in the book to fit with this expanded concept. Gill was unsurprisingly reluctant at first but soon took to her task with great enthusiasm. She had that kind of mind that could leap and bound to new heights. Not every writer is capable of that. Oh, no! I knew then that she was a writer that could go on to great success.

There was so much more to come. Gill’s poetry was widely published and she was looking forward to being a part of the NewCon Press launch event for the Looking Landwards anthology in October which carried a story from her.

Her current project was to act as editor for an anthology she called Weird Legends, a task I know she was relishing.

I was privileged to read Gill’s unpublished novel about the Welsh schoolboy who invents an alternate reality machine in science class, the stories of Altair Jones, Welsh space adventurer, and her collection of children’s horror stories. Her stories could be gritty, were always inventive, and carried a unique charm.

And Gill achieved all this despite suffering terribly from fibromyalgia. She would often talk of the ‘fibro fog’ that clouded her writing at times, but she persevered through all that.

But of course there was more to Gill than being a writer and editor. She often talked about her family. When we discussed possible stories for the Repository of Imagination, her benchmark was always ‘would I want my children to read this?’ And it is with her family that my thoughts and condolences are during this difficult time. 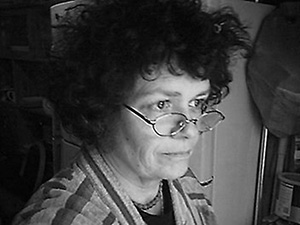 Goodbye, Gill. I miss you already.

Science fiction publisher and author of the bestselling Human Legion series. I live with my wife and young family in an English village. I am currently writing full time, when I'm not roped into building Lego.
View all posts by Tim C. Taylor →
This entry was posted in Announcements and tagged fibromyalgia, Gill Shutt, Welsh author. Bookmark the permalink.