You are a boundless idiot if you read science fiction, horror, or fantasy

You’re on the Greyhart Press website, so there’s a fair chance that you enjoy the fantastic literature of horror, science fiction, and fantasy. But did you know that in enjoying such literary delights, you are displaying boundless idiocy? 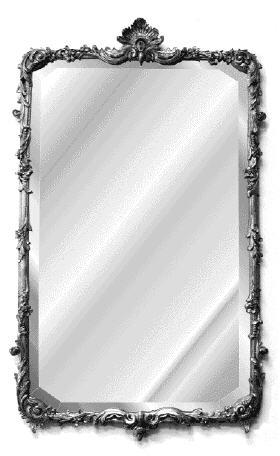 Do YOU see an idiot staring back?

It’s official. UK newspaper The Guardian, has written several articles over the past few months condemning eBooks, those who publish eBooks, and now you, the readers of eBooks. In a poorly researched article, Antonia Senior, admits to her own guilty secret of reading shabby historical fiction, where really we should all be reading proper literature. She decries the popularity of genre fiction in eBooks because no one should: “underestimate the boundless idiocy of the unobserved reading public.”   Yes, that’s you!

Under a posed image of a woman reading an iPad (interesting for an article that mentions Kindle devices — though I know many Greyhart readers read Kindle format books on iPads and iPhones) Senior writes an article presumably designed to polarize opinion. I guess she understands her job, and judging by the comments received, she succeeds admirably in irritating genre-readers and confirming the prejudices of those who are genre-haters. But this is crude rabble-rousing; journalism this is not. I was particularly amused by the comment that eBook sales data is not made public, and that Amazon whispers about sales privately to publishers. The implication is that important information is kept hidden in some awful conspiracy.

Just think for a moment… retailers don’t just talk privately with publishers, they sell their books and give them sales figures. Of course the publishers know how many books Amazon are selling because the publishers get paid!

As for keeping the data from the public, the truth is that the public sales charts comes from Nielsen Bookdata, and Nielsen until recently were mostly set up to record sales in brick-and-mortar bookshops. Not only did they not cover eBooks, but until recently, supermarkets in the UK (which have become major sellers) didn’t supply information either. Just before Christmas, Nielsen began compiling eBook data in the US. Presumably if this proves successful, Nielsen will roll that out to the UK. This is hardly any fault of Amazon, who have always made public the sales rank of each book.

A week ago, The Guardian published an even more ridiculous article asserting that eBook sales were experiencing a classic market bubble, despite that inconvenient fact that prices for eBooks and eBook readers are coming down.

It’s a shame that of all UK newspapers it is The Guardian who are publishing such nonsense, because the same paper publishes an excellent science fiction review column by Eric Brown. I’ve met Eric a couple of times and talked to him about his review column. My amateur journalism revealed these points:

In other words, Eric knows what he’s talking about, and does his research too. If only other Guardian journalists could learn from Eric.

So, what do you think? Why does the establishment continually dismiss eBooks?

Tim C. Taylor writes science fiction and is the author of 21 published novels as of August 2021. His latest book is 'Hold the Line', published by Theogony Books. Find out more at humanlegion.com
View all posts by Tim C. Taylor →
This entry was posted in Uncategorized and tagged amazon, eBooks, genre fiction, guilty secret, Kindle, nielsen bookdata, science fiction. Bookmark the permalink.

2 Responses to You are a boundless idiot if you read science fiction, horror, or fantasy