Elizabeth George once said that she writes to stay sane. I do that, too. I also do it to keep everyone around me sane.

Writing keeps me from obsessing.

Here’s me when I’m not writing: Carol drops by with a pan of brownies. She looks like a teenager in that halter top. She says, “I brought these for your husband to thank him for helping me fix that broken window.” I say thank you, but inside I’m thinking I really wish she’d wear more clothes. I wonder what she was wearing when Larry was at her house, for how long was that? I can’t compare myself to her—I had six kids and she has a dog. Maybe my abs would look like that if I had countless hours to spend at the gym. Does she work out at the same gym as Larry? Why does she call him all the time? He doesn’t even like brownies. But, I love them. I bet she knows that. She knows that I’m going to eat this entire pan of brownies because now I’m so depressed and one or two or five brownies isn’t going to matter because I’m going to be divorced and single and fat. I better call Larry, although I just talked to him and he’ll be home for lunch in twenty minutes, I need to hear his voice.

Here’s me when I’m writing: The doorbell rings but I don’t hear it because I’m deep into my story. Somehow Mercy has to stop Eloise from going on a drive with horrid Mr. Steele. What can she do—should she confide in Eloise? In the real world, my dog is pawing at me. No. Eloise is a blabber mouth. She can’t be trusted. My dog knows someone has come to the door and she pulls at my sock with her teeth. I shake her off, but she’s so annoying that I have to investigate. Someone has left brownies on my front porch with a thank you note. It’s from Carol, that darling girl from across the street. I consider the brownies and inspiration hits—Mercy will bake Eloise a pie laced with a draught that will make her sleep through her rendezvous with Steele. I put the brownies on the counter and save them for when Larry comes home for lunch. I hurry back to Mercy, Eloise and Mr. Steele, wondering how to make a sleeping draught.

(FYI- Neighbor Carol is fictional, used to make a point about my own lunacy and not a commentary on my highly respectable, modestly clothed and admirable neighbors or my good husband who always lets me eat more than my fair share of brownies.)

Writing gives me someplace to put my head.

As a mom, I do a lot of mindless things—driving, stirring, ironing, cleaning toilets—and while I’m doing these mindless tasks, it’s nice to have something to think about (other than my neighbor’s halter top.) I also love research. It’s like a treasure hunt that just keeps going. The internet is an endless source of information and if I can’t find what I need there, I try to think of people who might know and I call and ask them. No one has ever been annoyed. People love to believe that they’re experts and when I call with a question, they’re always happy to chat. 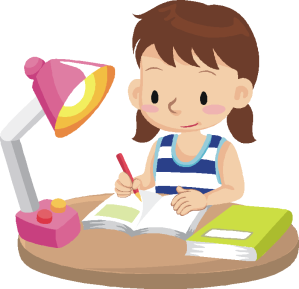 Remember how I said that as a mom I do a lot of mindless things? I don’t really enjoy most of them. I do them because they have to be done, but I’d really rather not iron, clean toilets and mop floors. I’d like to pay someone else to do those things, but since my husband makes several dollars an hour and I make pennies, I can’t pay someone to do those mindless chores that must be done. It wouldn’t be fair. I’ve promised myself that when I’m making several dollars an hour that I’ll hire a chore person. I hope to someday make enough with my writing to justify that expense.

Writing gives me places to go.

Remember how I said I love research? This summer I spent a day in Seattle visiting all the places that Laine and Ian would go. I walked through the neighborhood on Queen Anne Hill and took pictures of the turn of the century mansions. I stopped at Kerry Park and watched the boats in the harbor. And then I went to the University of Washington’s library, because that’s what Laine does in chapter four. I imagined her running down the steps and bumping into the girl with the smoothie. It’s like spending the day with very good friends.

I like to think I’m sensitive and intuitive to those around me, but when it comes to my own psyche, I’m clueless. The youngest child of six born late in my parent’s life, I grew up in a house full of teenagers and adults. If I ever lost my temper, I was subjected to ridicule. (Angry or not, I was almost always subjected to ridicule, but that’s a different post.) I learned to shut down my emotions and I’m pretty good at masking and avoiding them. Writing brings them to the forefront. I’ll unconsciously do things like name annoying characters after annoying people. I’ll usually catch the real life and fictional connections on the rewrite and make the necessary changes, because I’m sensitive enough to know it’s unkind and unwise to hurt even annoying people’s feelings.

And that’s probably much more than anyone wanted to know about my psyche and why I like to write. 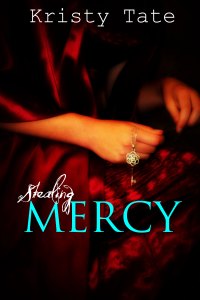 Stealing Mercy, a historical romance set against the Great Seattle Fire of 1889, is available in paperback and eBook editions from a range of online retailers, including amazon.com | amazon.co.uk | Smashwords

Read more about Kristy Tate at her blog http://kristystories.blogspot.com/

Tim C. Taylor writes science fiction and is the author of 21 published novels as of August 2021. His latest book is 'Hold the Line', published by Theogony Books. Find out more at humanlegion.com
View all posts by Tim C. Taylor →
This entry was posted in Guest Post and tagged historical romance, lifestyle, obsessing, writing. Bookmark the permalink.